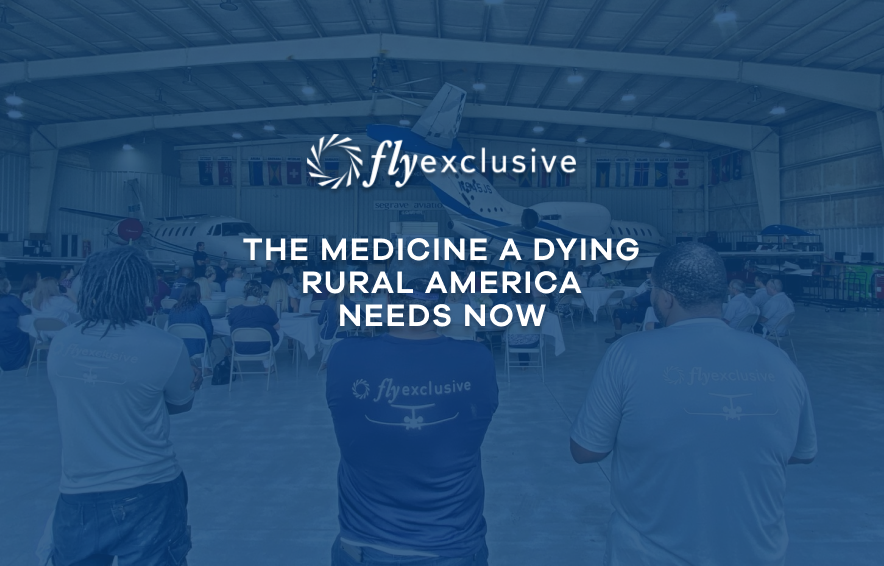 It is in this spirit of entrepreneurship that a three-part solution I’ve lived can help provide rural America the medicine it needs.

Rural America is dying. While metros and suburbs have grown, rural counties have declined in proportional population. In my state of North Carolina, since 2010, a million more people came to the state. At the same time, 51 of North Carolina’s 100 counties lost population. Aside from population decline, the wrong metrics increased in rural areas vs. urban, including disabilities rates, poverty rate, COVID infections and death rate.

Yet there is one area where rural clearly leads urban—the number of entrepreneurs in rural America. There’s a 70% greater likelihood that someone living in a small town is self-employed vs their major metro counterparts. It is in this spirit of entrepreneurship that a three-part solution I’ve lived can help provide rural America the medicine it needs.

Once a city in decline located 80 miles east of the state’s capitol, Kinston, North Carolina is now home to the fourth-largest private aviation company in the country, flyExclusive. Founded in 2015 by private jet entrepreneur Jim Segrave with a handful of employees and two jets, flyExclusive now employs over 600 people, from pilots to salespeople to maintenance crew, with a fleet of more than 80 jets.

In just seven years, Segrave has created generational opportunity and high-quality jobs all in a town of just 20,000 people while delivering the most luxurious travel experiences imaginable.

Segrave is an active member of the community who wanted to see his hometown flourish. He could live or have built flyExclusive anywhere but committed to his hometown. His bold vision, coupled with his dedication and expertise in delivering innovation in private jet travel, has paid off for both flyExclusive and the Kinston community.

Seizing the strengths of rural

This past summer, to take my job with flyExclusive, my family and I moved from the Raleigh-Durham knowledge hub to Kinston. I miss many aspects of the Triangle.

But I don’t miss the traffic. In Kinston, no commute is over 10 minutes. I don’t miss the cost. My family of six found an amazing home in Kinston for under $300k. Like my hometown in the Ozarks, Kinston is a great environment to raise a family, with excellent schools, parks and sports. Just 75 minutes gets you to Raleigh or to the beautiful Outer Banks.

Far past quality of life, it turns out Kinston is a better place to build a large aviation business. flyExclusive is just north of town in the Global Transpark, a huge state investment focused on luring transportation and logistics companies to Eastern North Carolina. Huge state and local investment in the 1990s expanded a runway; Kinston has the third-longest civilian runway east of the Mississippi, longer than even Charlotte or Raleigh-Durham’s. Kinston is also exactly midway beneath the most frequented air corridor.

This means unconstrained growth for flyExclusive. In the past 12 months, we’ve been able to grow past charter operation alone, building state-of-the-art paint, interior and avionics facilities that have added 300 more aviation jobs. Had Segrave chosen a more metro airport, the options to physically expand would be limited. In Kinston, our vertically integrated business has no limit.

Investing in a rural community pays outside dividends

A company like flyExclusive can offer employees something that employment in a major metro area can’t match: a chance for significance. I can’t wear my company polo running errands around Kinston without someone stopping me. They usually thank me for what our company is doing. People in the community have real connections to the business – many have family members working there – and are excited about the possibilities for changing the trajectory of this community.

When employees know that they are contributing to the revitalization of their community simply by going to work, they are more engaged, productive, and excited to be a part of something. flyExclusive also offers opportunities to support local and national causes, such as a community kitchen aimed at attacking hunger in the region, supporting local animal shelters and flying cancer patients to get life-saving care. The business gets an energized employee base while those employees get a great paycheck and a chance to be part of a larger cause.

This is the medicine rural America needs. It’s not easy and certainly isn’t for the faint of heart, but with a passionate, committed founder who leans into the benefits of what rural America offers and builds a culture on giving back, the medicine needed to heal rural America can be found.

Tommy Sowers is the President of flyExclusive.